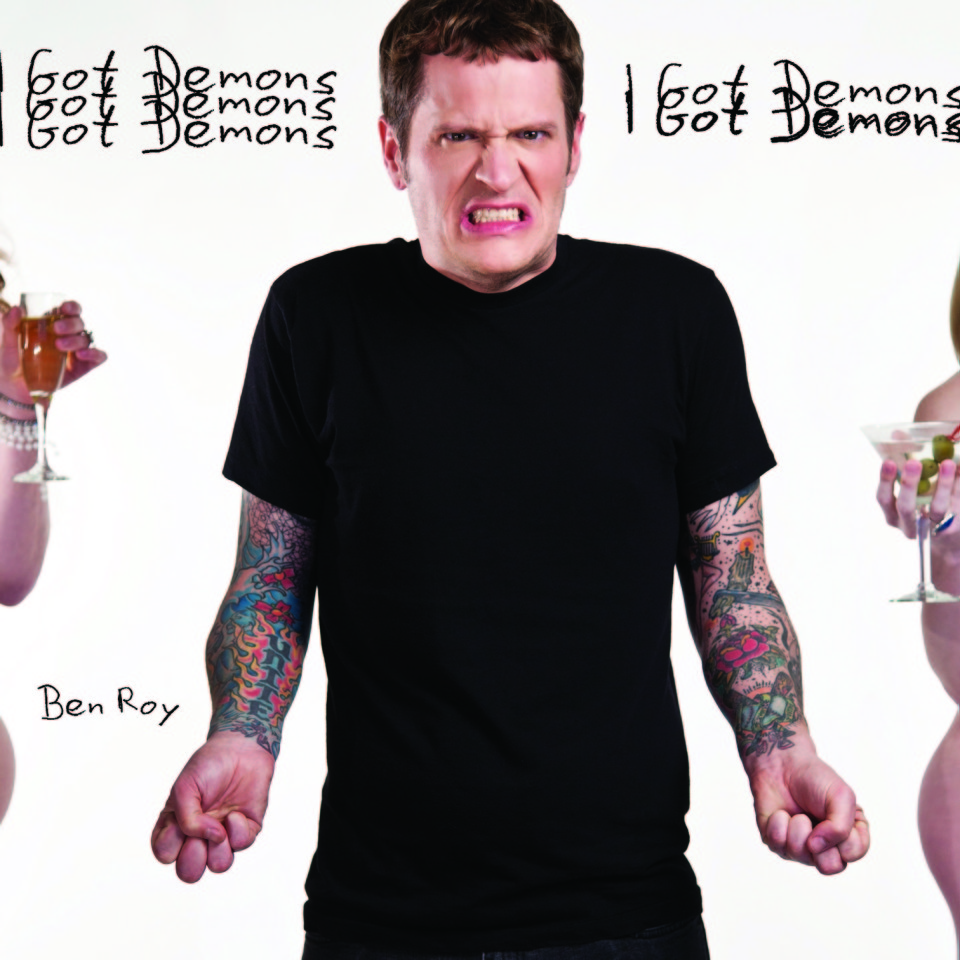 Pre-order the CD and you will get an Automatic Download of the entire album instantly. The CD will ship next week.

Attempting to serve up a heaping-helping-oh-humor into our customer’s daily lives, we here at Illegal Pete’s are proud to announce we will be releasing local comedian Ben Roy’s first live comedy album.

While previously working with local bands Snake Rattle Rattle Snake, Ian Cooke and the Photo Atlas through our Greater Than Collective project, we feel that Ben injects a similar ferocity and passion into his comedy and feel his fiery delivery fits in nicely with our current roster and our vision at Illegal Pete’s.

The album, entitled I Got Demons, was recorded over three nights at the Comedy Works in Downtown Denver before being edited and tracked by Dan Schlissel at Stand Up! Records.

I Got Demons sees Roy tackle a host of the snarling little devils, fighting them off with a sarcastically silly delivery that offers them a shoulder to cry on before laughing maniacally in their face and beating them mercilessly into the ground.

For Roy, the decision to work with Illegal Pete’s was an attempt to show his love for the city of Denver and a hope that a trend would follow.

“I opted to put it out with Greater Than because of a shared ethos and a desire to release my first album with somebody local. Denver has been good to me and I’d like to give back,” the native of Maine says of the partnership. “ I love the starving artist program and I see a huge potential for future work with any of the many talented local comics. I wanted to be the first to do what will hopefully be the first in a string of successful, Denver based comedy albums.”

In addition to the release of the album, Roy has kept busy co-hosting the wildly popular and controversial Grawlix live show and Funny or Die web series along with fellow comedians Adam Cayton-Holland and Andrew Orvedahl.

More information on the release can be obtained by contacting Illegal Pete’s head of marketing, Virgil Dickerson at virgil@illegalpetes.com