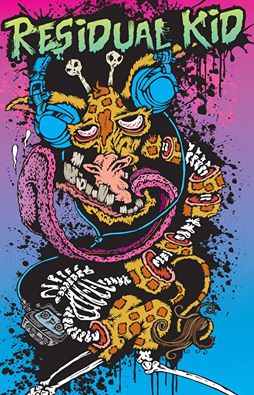 $12
Get your tickets HERE
Despite their youth Residual Kid earned their place among the top bands in the vibrant Austin music scene being Austin Music Poll’s winner for “Best Under 18 band” 2013 /14 and 2014/15 and Second place “Best Punk Band” (2014/15). Residual Kid have performed at SXSW, CMJ, UMS Denver, Fun Fun Fun Fest as well as clubs and theaters as both a headliner and in support of bands such as OFF! Blonde Redhead, The Toadies, Manchester Orchestra, Diarrhea Planet, etc.
Bud Bronson & the Good Timers – A lot of the classic-rock-inspired music that’s come about over the past decade has sounded like a cut-rate version of the real thing. If we heard enough fake Led Zeppelins in the ’80s to last a lifetime, in more recent years, there have been enough ersatz Neil Youngs and Laurel Canyon clones to colonize space. Bud Bronson & the Good Timers, though, are different. Their music is not all dramatic delivery with no substance; instead, it’s the kind of triumphant power pop that feels like it’s coming from an honest place rather than being an affectation of style. For these guys, getting ahold of an older relative’s record collection was a beginning point, not a destination. That they have moved beyond obvious influences makes Bud Bronson & the Good Timers one of the most exciting rock-and-roll bands in Denver at this moment.
— Tom Murphy, Westword