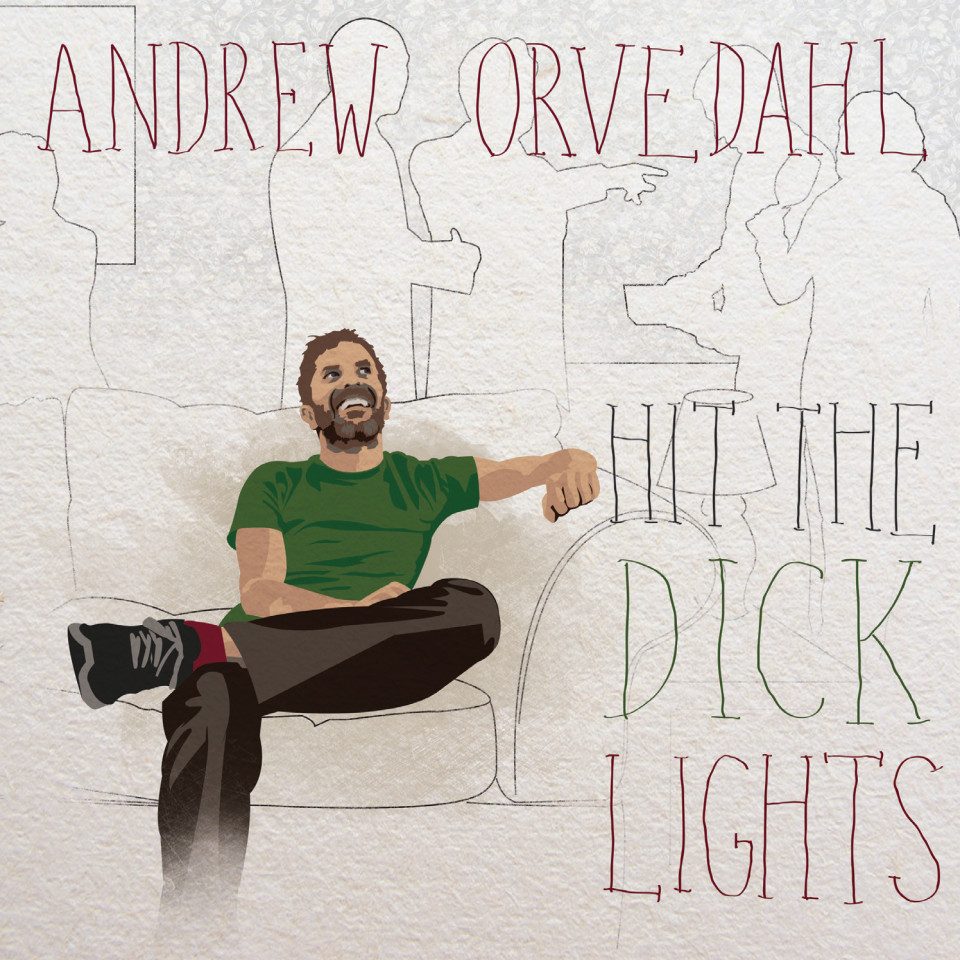 Andrew Orvedahl is a comedian based out of Denver who has been entertaining crowds from coast to coast in clubs, colleges and theaters. His comedy mixes clever observations with true stories from his life. As 1/3 of the comedy group The Grawlix (a monthly show and web series on Funny or Die), Andrew writes and performs sketches and recently sold a sitcom pilot to Amazon Studios. He is also the creator of the monthly storytelling series, The Narrators. His comedy has been featured on Last Comic Standing, Comedy Central’s website as well as Sirius XM radio, and in 2012 he was awarded Denver’s cultural ‘Mastermind’ award. “Hit The Dick Lights” is Andrew’s debut album which was recorded over 2 nights at the Bug Theater.

More on Andrew and all that he does can be found at www.5unicorns.com